At SOLIDARITÉS INTERNATIONAL, we respect the cultural context of the countries where we work. Life for a woman in Afghanistan may be difficult. Showing any kind of neckline is forbidden. You must be careful not to show your ankles, and you must always wear a veil. It is advisable to wear large, baggy clothes and tunics that hide your buttocks. It is the fashion of wearing dresses over trousers.

There are various codes of conduct governing whether to sit in the front or the back of a car, the person whom we sit next to, whether or not to shake hands or greet someone… Oddly, these restrictions also affect one’s personality and position of leadership. In the beginning, it was difficult to hold down a managerial position; the general framework penalised us back just because we were women. 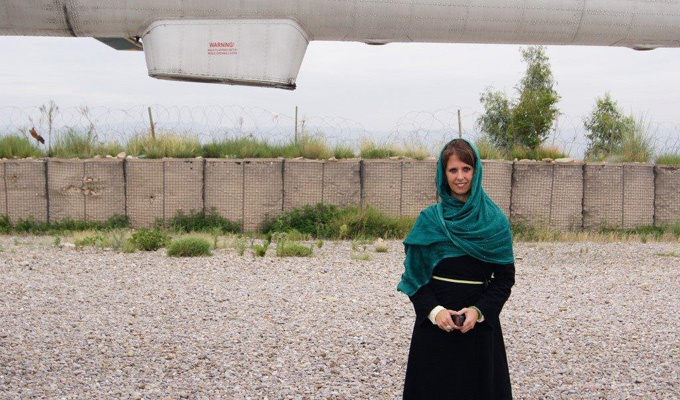 Nonetheless, life goes on, and there are a lot of people, including women, who appreciate living in this type of environment. However, security measures enforced by NGOs render the situation more complex because they tend to cut us off from the exterior world. We have a vision of the country which is very limited, partial and fragmented. Indeed, we only see Afghanistan through the lens of press reviews, security alerts, and country and humanitarian reports.

“You are not a man, but you are not really a woman either”

This has an effect on relations with the teams as well, because they do not really know in which “box” to place you: you are not a man, but you are not really a woman either. We are closer to being males due to our managerial positions, but we are not really males. It depends on whom you are dealing with, but we do not always feel at ease with the situation.

There are situations in which people show contempt for women, regardless of whether or not they are expatriates, so it is important to be prepared. You are surprised when an expatriate is gallant to you, as Afghan men will not generally behave in this way, with a few exceptions. No one carries your bag or lets you go first because you are a woman, except in situations where the people concerned are experienced travellers or have lived in cities.

As women, we start pressuring ourselves to act in accordance with the role we are assigned, and to half-mast our ideas on gender equality, let alone feminism. Every time we have to speak to a guard or a driver, we feel obliged to wear our veils. But ultimately you do not really know what bothers other employees. It is difficult to be sure whether we do something too much or too little, without going to the extreme (wearing a burqa or on the other hand, see-through clothing). It is difficult to position yourself between these two extremes.

For instance, in Khost, on the border with Pakistan, there is a very conservative culture in the camp where we work, but also within the teams. We have 6 female employees, responsible for hygiene promotion. They arrive in burqas which they remove at the office, but they work in a closed room. Men who wish to enter must knock so that the female workers can put their headscarves back on. People are very nice, but are unsure how to behave because they are not used to foreign women. Expatriates live with the teams, so you have to wear your veil as soon as you leave your room. We eat with them at the table, but you may not feel like speaking being the only foreigner. Moreover, you are often given your own plate, whereas the tradition is to share and for two people to eat from the same plate. In due time, we are accepted and the discomfort fades from both sides.

In Bamyan, the context is completely different: women show character. In the villages, nobody wears a burqa; a few women do so in the cities. There, we live with the teams as well. It is quite normal for women not to wear a veil, and nobody makes any fuss about it. There are people who have worked for ten years with SOLIDARITÉS INTERNATIONAL, they are used to expatriate women. You still have to pay attention to cultural differences, but it is not too much of a burden. At mealtimes, there is not the same protocol there is in Khost, for example.

Kabul is middle ground. We do not wear the veil at the office, but we still have to be careful about how we dress and behave.