Taking action in Afghanistan’s Bamyan province, SOLIDARITÉS INTERNATIONAL teams are, among others, rehabilitating shelters for the most vulnerable families affected by natural disasters.
In 2016, Bamyan was affected by heavy rains. The repetitive floods destroyed the houses of 1,895 families. Shir Ali is one of them. “Last year during the spring season on a rainy day, our village Parwandak was submerged by floods. My house was damaged but did not collapse. With no money I could not fix the cracks that had appeared. A few weeks later another flood completely destroyed the house and I lost everything.”

Blind, Shir Ali could not write to ask the government for help. He had to ask for the solidarity of his family. “I had not submitted any official request to the government, because I could not. I really suffered as we had to live with my brother’s family in a very tiny house.” 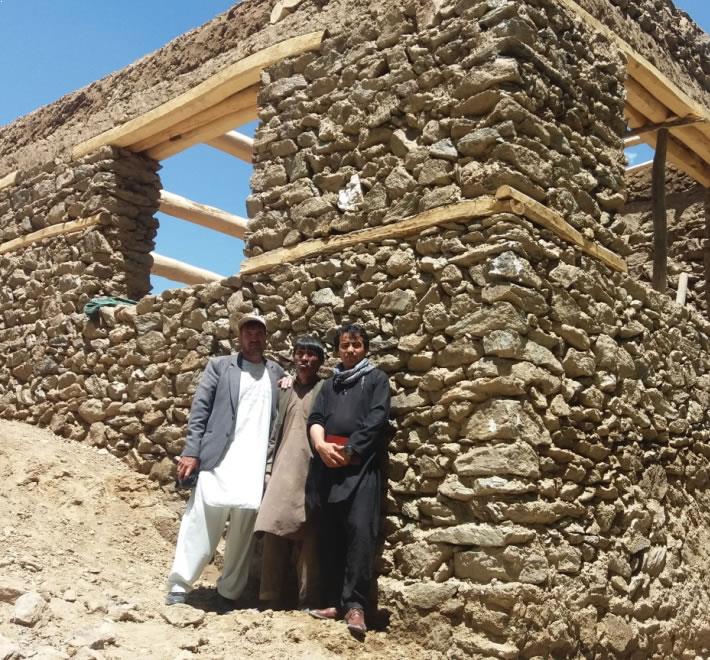 Supporting the most vulnerable families affected by the flood

“After 5 months living in promiscuity, one day my wife told me that in the neighboring village, some office workers were distributing cash for families whose houses had been destroyed.” SOLIDARITÉS INTERNATIONAL was the first organisation to conduct an in-depth household needs assessment in the region. The teams identified Shir Ali’s family as particularly vulnerable and provided him with financial assistance. “I received 13,500 Afghani (169 euros) and was able to buy food, clothes for my family and firewood for when the cold sets in.”

I may be blind, but I will be the first to finish rebuilding my house.

On top of this direct financial assistance, SOLIDARITÉS INTERNATIONAL also set up a shelter assistance to families whose houses had been destroyed by the floods. Shir Ali also benefited from this aid. “At first, SOLIDARITÉS INTERNATIONAL teams were worried about the difficulties I would have to face because of my disability. But I was not. I told them that even though I was blind, I promised to be the first person to finish rebuilding my house, trust me”.

Supported by his brother and helped by the workers he hired thanks to the financial aid he received, Shir Ali kept his promise. He was indeed the first beneficiary to successfully complete the rehabilitation of his house. “I really cannot describe my feelings. No one can imagine how happy I am. I can come back to a normal life and stop bothering my brother. All that thanks to SOLIDARITÉS INTERNATIONAL’s support”.