In Afghanistan, 2 years and a half after their arrival, thousands of Pakistani refugees still live in Gulan camp, in Khost province. SOLIDARITÉS INTERNATIONAL is present in the camp and develops a program to provide drinking water in a sustainable way by using solar-powered pumps.

In some contexts, sudden crisis evolve into more protracted situations, such as that of Pakistani refugees in Khost Province. More than two years and a half after fighting surged between Pakistani military forces and Taliban, over 4,500 people are still living in Gulan Camp. SOLIDARITÉS INTERNATIONAL has been ensuring the provision of water, sanitation and hygiene services in the camp since September 2014, and is now reaching out towards more sustainable water supply solutions. 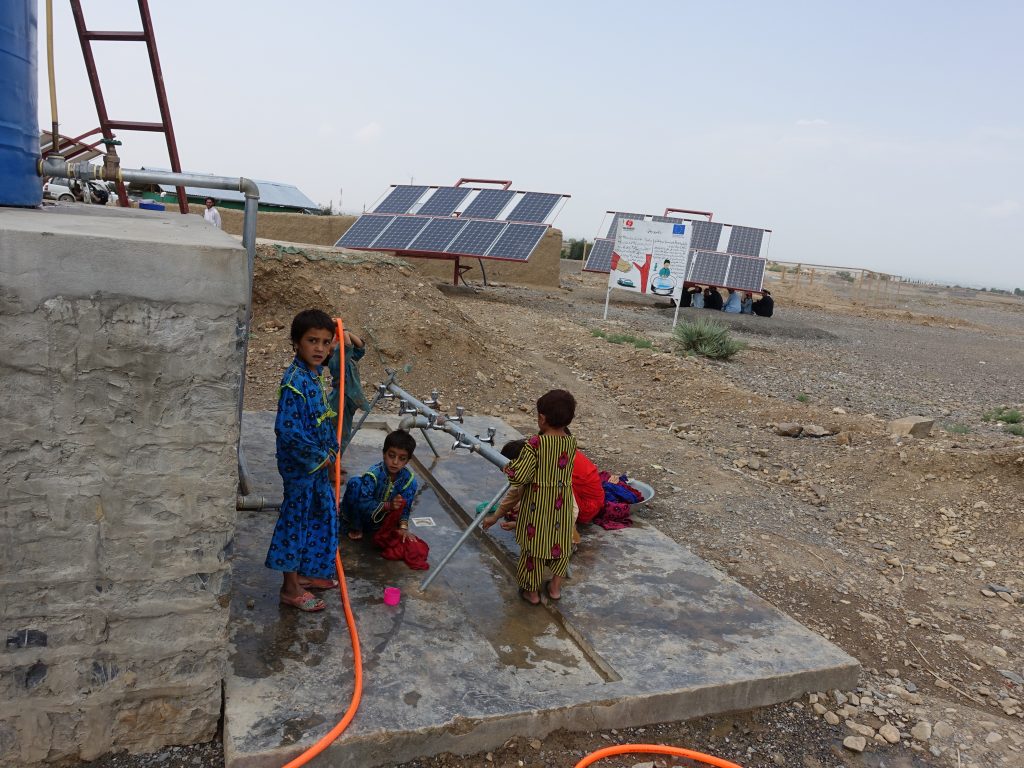 Up to now, the camp’s water network was supplied by submersible pumps in ten 40-to-70m deep boreholes. But as the presence of refugees seems to last, a more sustainable response is now considered. “Solar-powered pumps have been chosen to provide drinking water, explains Cristina Thevenot, Operation Manager for SOLIDARITÉS INTERNATIONAL, it is a project that has already proved successful in Mali, another country where SOLIDARITÉS INTERNATIONAL intervenes.’’

As of today, all ten boreholes covering water needs of the entire camp population are now functioning with solar pumping. Each borehole has been equipped with 21 solar panels installed on a steel frame, and connected to a control panel and a regulation system. Submersible pumps are now fueled by the energy collected through solar panels, but there is still a back-up diesel generator at each borehole, in case of sun shortage. 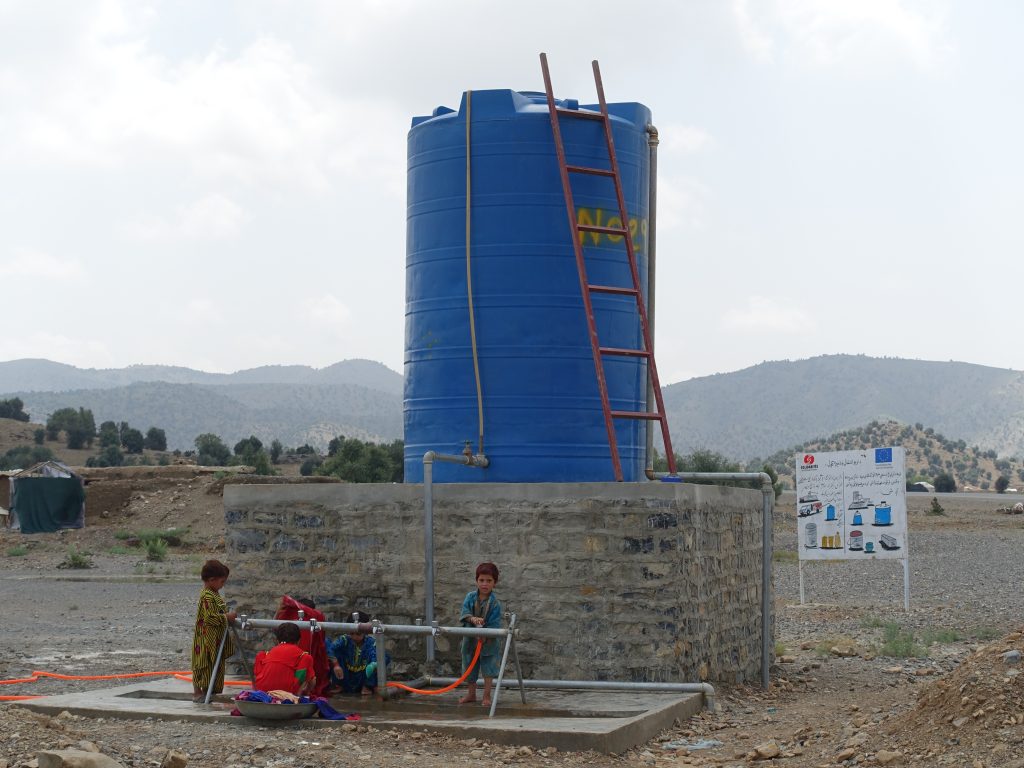 However, the high number of panels (lasting up to 30 years) at each borehole and the fact that Khost is located in the Southern part of Afghanistan ensures a steady source of power all year round.
“As a result, the solar pumping system is much more sustainable than the based on fueled-powered submersible pumps, explains Cristina. Solar panels longevity and simple functioning result in a higher technical efficiency, and in less operational maintenance and running costs.”
Last but not least, communities up to now only formed to maintain the water pumps, are going to be empowered by a new training that will allow them to become as technically and financially autonomous in the management of the water network.