Since the end of February, the United Nations has warned that 20 million people in Yemen, Nigeria, South Sudan and Somalia are at risk of starvation. What is famine? What causes it? What are the different phases that lead to this situation? What are the figures?
Cédric Fioekou, food security and livelihoods expert.

Since the United Nations announcement warning of the food crisis in Africa and Yemen, the word famine has often been used again, sometimes without taking the measure of what it covers. Yet famine is a term that must be used with caution. Famine, in its broadest sense, can be defined as an almost total lack of food resources in a country, a region, resulting in death or suffering of the population. More precisely, the definition proposed by FAO, through the Integrated Framework for Food Security Classification, is now a consensus. To qualify as a famine, a food crisis must meet several criteria:
• a high mortality rate of more than two people per day per 10,000 individuals
• acute malnutrition affecting more than 30% of the population
• a daily ration well below 2100 kcal per day and per person, which is the norm in terms of quantity
• less than 4 litres of water per day per person per day
• a total effective loss of all livelihoods
• 20% of the population of the same region must be affected 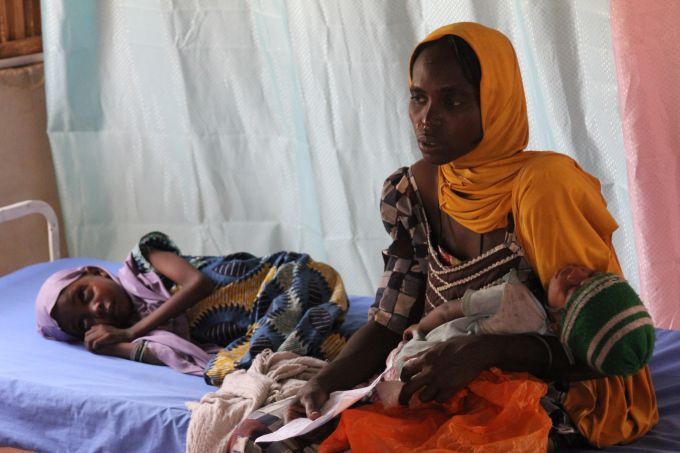 According to FAO, the food situation in a region can be classified into 5 phases. Before a food crisis reaches the famine stage, it goes through several stages, from food security (phase 1) to famine (phase 5). These 5 phases allow the identification and clearly graduated levels of food security of populations to be identified and the response to be adapted for each situation.
Phase 1: Minimum food security
Phase 2: food stress
Phase 3: Food crisis
Phase 4: humanitarian emergency
Phase 5: famine
Causes of famine
To arrive at this situation, unprecedented since the 2011 famine in the Horn of Africa, which cost 250,000 lives, several factors come into play. It is now recognized that wars are the primary cause of famine. Conflict with Al Shabab in Somalia, with Boko Haram in Nigeria, civil war in South Sudan and Yemen have destroyed people’s livelihoods. War also destroys state structures and redirects its priorities (importing weapons rather than food). It also drastically limits access to state services, the supply of food and reduces the flexibility of NGOs, which can only partially access the victims and provide them with vital assistance.
Climate hazards, when added to a conflict situation, are a contributing factor to a famine situation, as in the case of the drought that is striking Somalia: in some parts of the country, cereal production in 2016/2017 was up to 70% lower than the average for the last 5 years. This decrease also had a very negative impact on the herds that were decimated. Some farmers have lost up to 90% of their livestock. 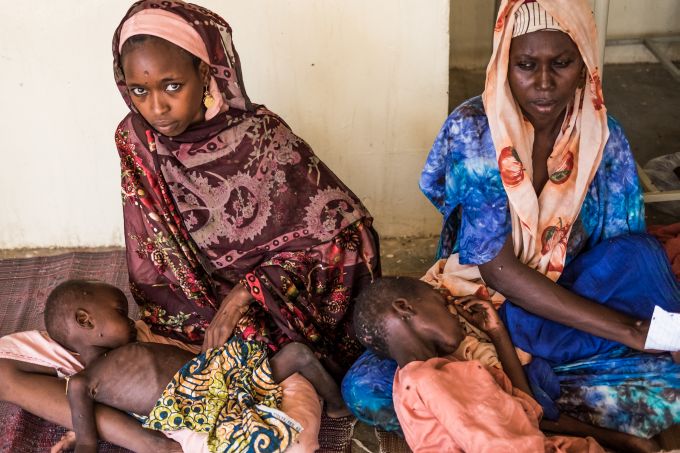 In mid-April, the state of famine was officially declared only in Southern Sudan and mainly affects the state of Unity, where 100,000 people are at risk. In addition, 1.17 million people in food emergencies (phase 4 of the food security classification) are also affected.
In Nigeria, famine has not been officially declared by the authorities. Yet, of the 1.38 million people in food emergencies, 44,000 are in a state of famine according to NGOs. They are mainly found in the north-east of the country and are concentrated in Borno State (38,000 people).
In Somalia as in Yemen, the figures are less precise. While NGOs recognize many pockets of famine in several parts of both states, famine as defined by the United Nations has not yet been officially established. Despite this, the situation is particularly alarming in both countries. In Somalia, for example, 50% of the population (6 million people) need food assistance, and 1.1 million of them are in a food emergency. In Yemen, 17 million people are in need of food aid, including 7 million in emergency situations.
But these 4 countries affected by the food crisis are undoubtedly not the only ones affected. There are indeed strong concerns in many other areas where data is critically lacking. There is a strong possibility in the next few weeks, that other regions may declare alarming situations.

Support the populations affected by famine