SOLIDARITÉS INTERNATIONAL has been providing humanitarian aid in Rakhine State (western Myanmar) since 2010 to displaced populations running from inter-community conflicts. Our teams are increasing their efforts in this monsoon period, especially after the damages caused by cyclone Komen that devastated hundreds of shelters and latrines. The photographer Vincent Tremeau followed our teams in the Sittwe area (capital of Rakhine State) and sent us images of severely affected households.


On July 24th, a few days before the cyclone, part of our team
arrived on the field to help the populations that were heavily impacted by the monsoon. 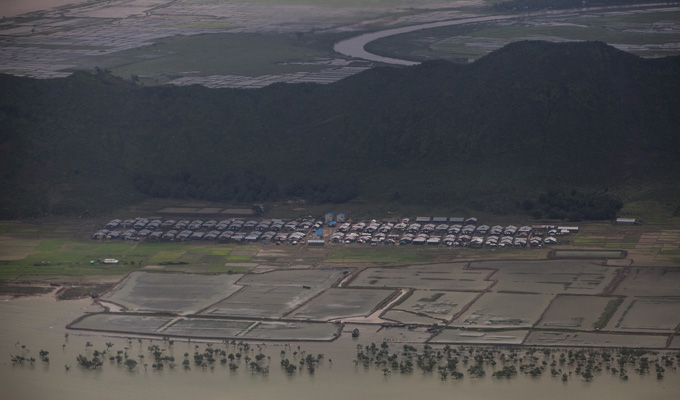 You could already see the displacement camps from the plane.
Half of the 8 camps where SOLIDARITÉS INTERNATIONAL operates
are only accessible by boat. 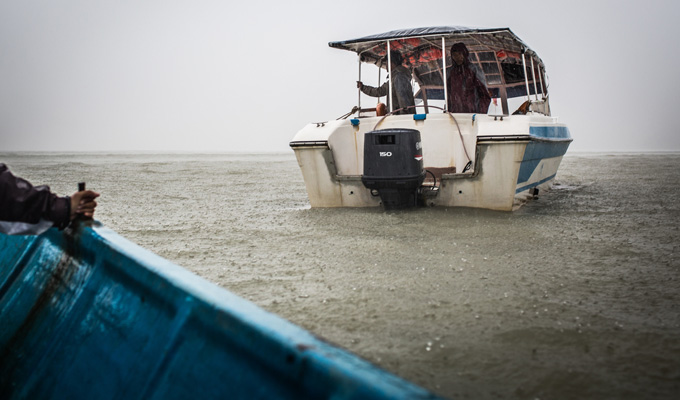 The day after, our team went to Ah Nauk Ywey camp,
in the Township of Pauktaw. Since it’s located between the sea
and the mountains, the camp was only reachable by boat.
We had no other choice but to take a 20 minute boat ride
under the pouring rain to reach the camp where 2500 people live 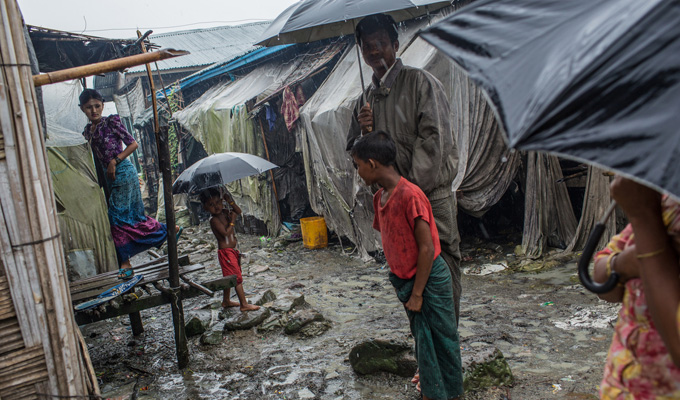 Ah Nauk Ywey was covered with mud waste
and water was stagnating under the houses. 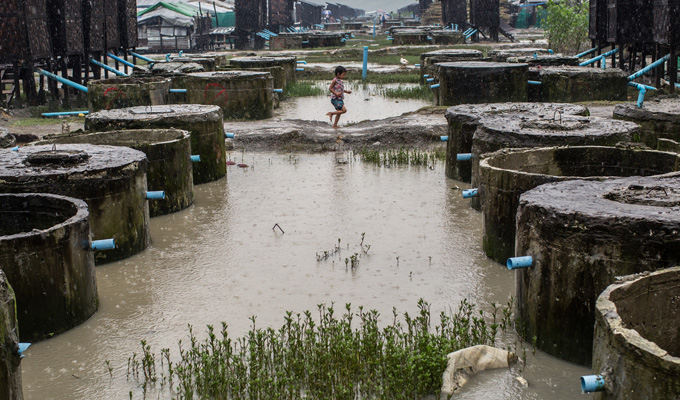 The facilities set up by SOLIDARITÉS INTERNATIONAL
(construction of large open-air tanks and latrines, water treatment, taps…)
are not sufficient to drain the water pouring daily.
There are still many facilities to build to make a healthier environment. 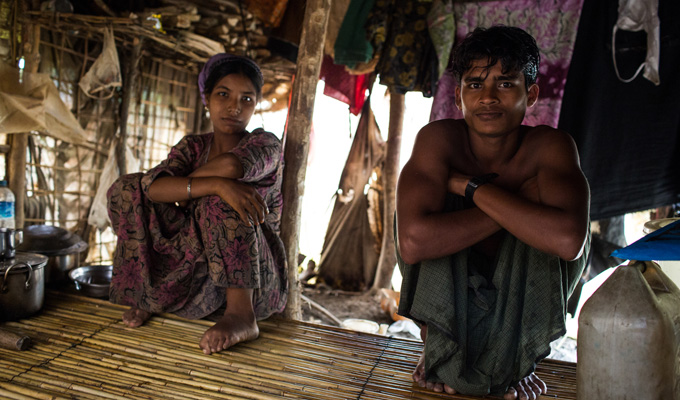 Adu Lars, 25, and his wife arrived recently in the camp:
“We just got married and settled in this shelter.
We are not yet registered by the authorities.
While waiting for humanitarian aid,
I managed to catch some fish to feed us.” 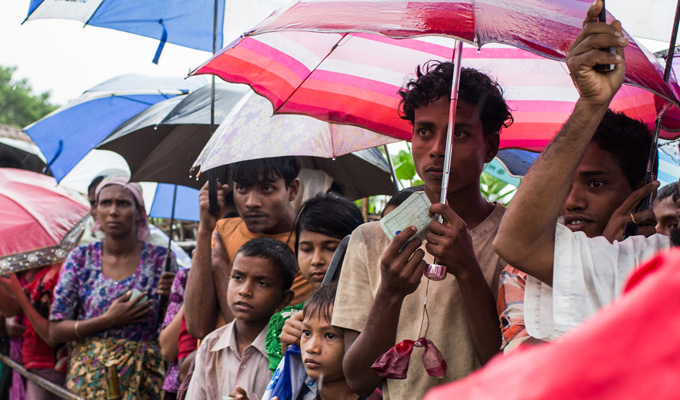 The day after, we arrived in Thae Chang camp,
located 20 minutes from Ah Nauk Ywey.
Our mission for the day is to distribute 947 hygiene kits,
including soaps and detergent. A voucher
will be distributed to the families so they can trade it for a kit.

The main goal for SOLIDARITÉS INTERNATIONAL is to
increase schoolchildren’s awareness
on good hygiene practices. Our team will
distribute ceramic filters to 38 of the schools
in camps to ensure quality water to the children.
But they also have to build latrines
and handwashing facilities so that the
school doesn’t become a contamination area. 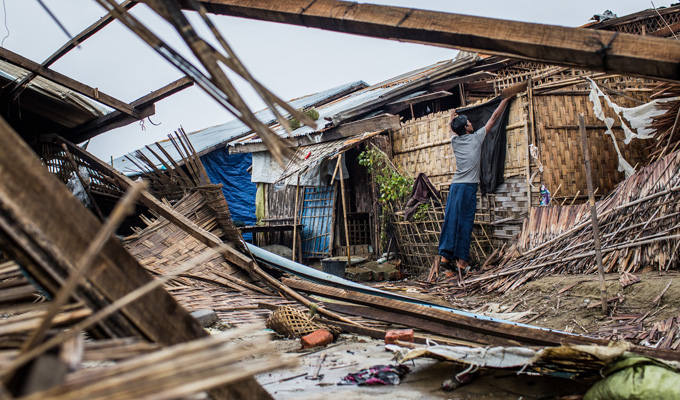 On July 31st, the Sittwe area was hit by Cyclone Komen.
The sanitary risks are extremely high because
a third of the latrines that were built by
SOLIDARITÉS INTERNATIONAL were destroyed.
It is essential to avoid the spread of an epidemic
in order to preserve the health of the families.
Our team is increasing its efforts towards the populations.

Support our actions in Myanmar