Should we fear the emergence of new diseases linked to climate change?

Of course! Climate change, if we mean more rains in some places and desertification in others, will affect a number of diseases. However, it is not climate change that causes new diseases to appear. Climate change amplifies some of them in some places, but reduces them in others. Deforestation, on the other hand, is a cause of the appearance of new diseases due to the introduction of a new reservoir for man, with which he had not been in contact until then. The pressure on ecosystems is a phenomenon of the emergence of certain diseases. I am thinking in particular of the Ebola virus. Human movements and the penetration of mankind into the forests have brought us closer to the Ebola outbreaks. The occurrence of diseases from an animal reservoir that is disturbed in its natural biotope can, in fact, be a mechanism of emergence.

With this linking of humans and animals linked to pressure on ecosystems, can we fear the appearance of new waterborne diseases?

I do not believe that this linkage is a major mechanism for the emergence of waterborne diseases. On the other hand, we will find pathogens that are more adapted to our water distribution system. I’m thinking of amoebas, or legionellae. Legionellosis is an emerging disease linked to air-conditioning or hot water circuits, for example in hospitals. When we change our relationship with water, we favour the appearance of bacteria, parasites that will benefit from this system to the detriment of others. Some kind of epidemiological switch. 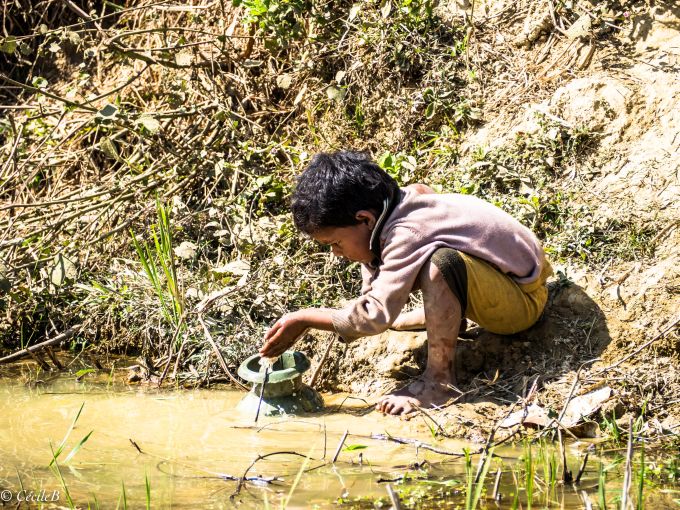 I don’t think that SI can have an impact on legionellosis. These are diseases of already developed water systems. On the other hand, SI’s WASH activities have an impact on more traditional diseases: on acute intestinal amoebiasis which can be prevented by network chlorination operations, on cholera and bacterial dysentery, on viruses. WASH does not work against malaria and vector-borne diseases. Even in the case of rotavirus diarrhoea (hand transmitted viral disease), handwashing awareness plays a moderate role and does not prevent epidemics. On the ground, actors must therefore acquire the capacity to analyse the situation. And that goes through epidemiological investigation. But there is no method that is 100% effective against all the problems you may face.

Can rising temperatures, or increasingly humid environments, lead to new diseases for some populations?

These conditions, and climate change, can displace diseases or their vectors. The warmer it gets, the faster the virus or even the parasite develops in the vector. The vector itself develops faster if it is warmer. Anopheles, the mosquito that transmits malaria, will take less time to give birth to a new generation. Transmission is then accelerated. Despite this, public health interventions in recent years to fight malaria have resulted in a decrease in the number of cases. So we can act.

Support our teams on the ground

Yemen: the devastation caused by epidemics

Covid-19 – France: Helping the most disadvantaged in the face of crisis