In northeastern Nigeria, as in Yemen, South Sudan or Somalia, the food crisis is affecting tens of millions of people. According to Elias Fon, head of mission of SOLIDARITÉS INTERNATIONAL in Nigeria, ending this scourge can only be achieved with the return of displaced populations to their homes.

The famine today is exceptionally severe in northeastern Nigeria. 7 million people are food insecure, 44,000 of whom are starving. And it is going to get worse. The return of the populations to their villages is impossible due to clashes between the Nigerian army and the different factions of Boko Haram but as long as the population stays away from the fields and means of production, ending the food crisis is almost impossible. How to feed oneself without being able to cultivate? How can you make money to buy food when you can’t sell your produce on the markets? 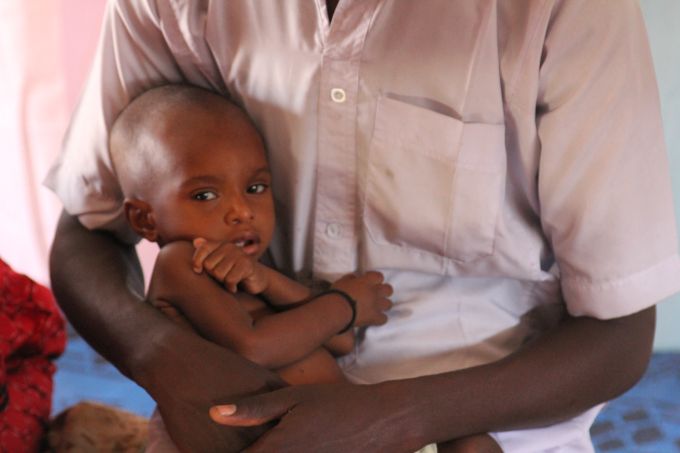 With the conflict between the army and Boko Haram, health facilities were destroyed. In Borno state, a third of them have been demolished. The same applies to water and sanitation infrastructure, 75% of which has been destroyed. Humanitarian actors are trying to reduce this famine and the security risks for the population. By setting up wells close to the camps for displaced people, our teams reduce the risk of violence and abduction for women and children, who are responsible for water fetching and for exposing themselves to violence and abduction.

7 million people are food insecure, including 5.6 million in crisis, 1.38 million in food emergency and 44,000 in famine.
Nearly 50% of them are concentrated in Borno alone.
4.7 million children need nutritional assistance.
75% of the water and sanitation infrastructure in the areas affected by the conflict between the army and Boko Haram has been damaged or destroyed.
3.8 million people have no access to safe drinking water.
230 (out of 700) health facilities were destroyed in Borno State.

Support the people of Borno State 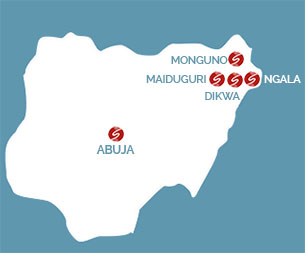