Mustafa Udo Ekon was a farmer in a hamlet of Monguno, in Borno State in Nigeria. In 2015, Boko Haram raided cattle, crops and fuel around the city. Mustafa and his family, which are scared for their children and their own safety, have moved to Maiduguri, the birthplace of the Islamic group now affiliated to ISIS. Thomas Gruel, emergency logistician for SOLIDARITÉS INTERNATIONAL, was on site to analyse the needs of displaced people such as Mustafa. 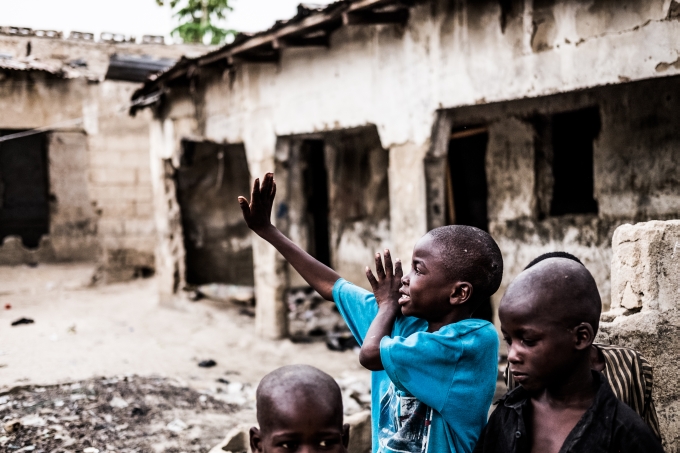 An important flood of populations

Like Mustafa, 1.6 million people in 4 years of conflict have found refuge in the State’s capital city, doubling the city’s population. 1.6 million displaced people, and only the luckiest of whom have found shelter, a job and safety.

Unfortunately, the most of them cannot enjoy this comfort: some of them have been welcomed by their families or friends, packed as they can in modest houses… The others have for all shelter a carpet thrown under the shadow of big trees which border the avenues, or straw huts for people who have chosen to integrate camps around the city. They are the most exposed to suicide-bombings ordered by jihadists. 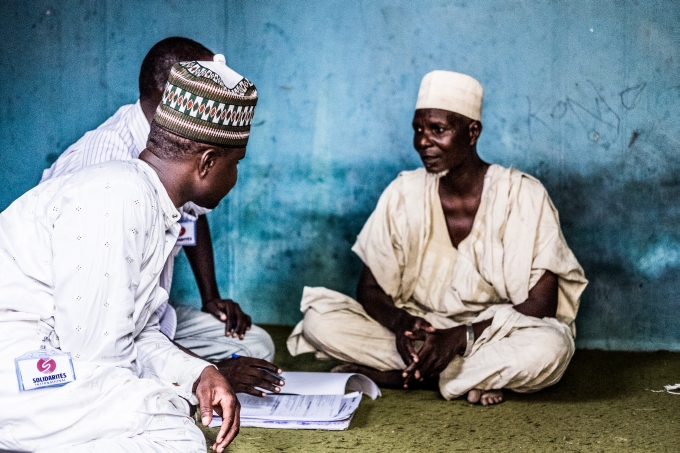 The Emergency Team of SOLIDARITÉS INTERNATIONAL, which is deployed in Borno State since May 2016, has evaluated the relevance of an intervention, and has made a blatant assessment in this vulnerable area. Actually, the team has led needs assessments with local populations to estimate priorities, quantify the volume of aid to provide in districts mostly touched by the influx of IDPs, as well as in Monguno, Mustafa’s city of origin, that has been isolated for a long time, and which the Nigerian army has recently reconquered. For all these people, needs in water, sanitation and hygiene are colossal and food security is a daily challenge. 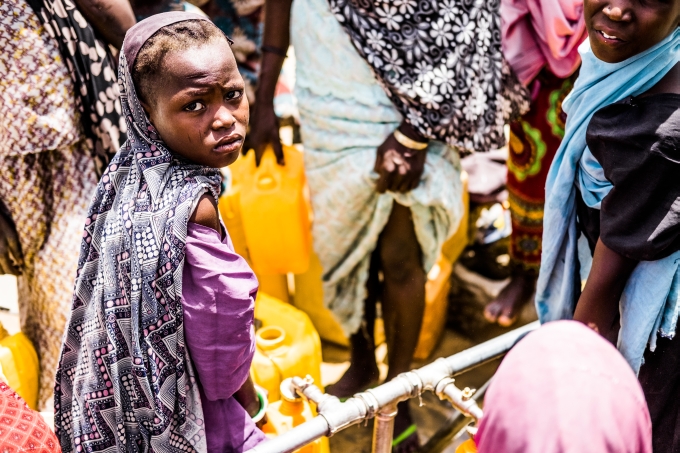