At the beginning of August 2016, SOLIDARITÉS INTERNATIONAL opened a new mission in Borno State, Nigeria. The aim was to respond to the needs of thousands of displaced people. These people had fled rural areas where fighting is ongoing between the Boko Haram group and government forces. A few days after the mission was open, the first activities were set up.

UNICEF’s chief of nutrition in Nigeria, Arjan de Wagt, made the affirmation during an interview in Abuja, confirming with his colleagues in New York who said “there is no other place in the world where people are in this kind of situation. An estimated 4.5 million people need assistance with one million facing extreme malnutrition“. As an active part in the struggle against malnutrition in Nigeria, SOLIDARITÉS INTERNATIONAL’s teams, who have been deployed for over a month in Borno State, mainly in Maiduguri and Monguno, have begun their activities successfully. “The priority for us, explains Thierry Benlahsen, Head of the Emergency Team, is to provide host communities and displaced people with access to water. The increasing number of new arrivals in the cities have put such strong pressure on water that there is none left. A lot of people are forced to drink unsafe water. Waiting in line at taps is also a serious problem because people become potential targets for Boko Haram. We built our first water tank with a tap-stand in Muna Garage quarter, in Maiduguri. Operational from now on, it will allow many people to have access to safe water; which will in turn help contain the food crisis too”. 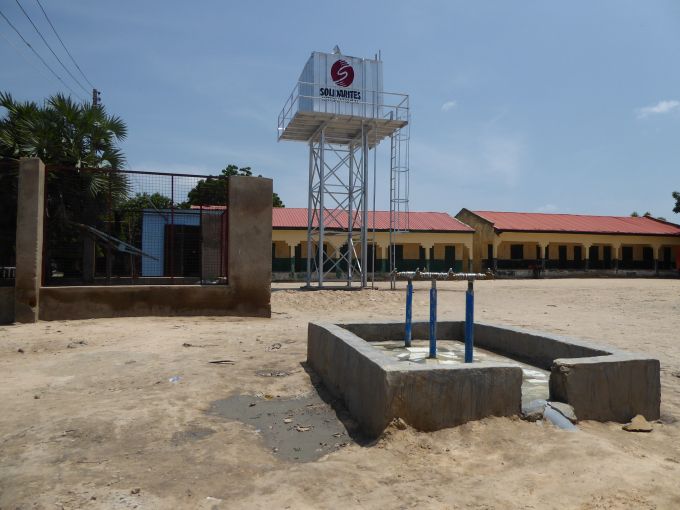 Water to fight against malnutrition

The main consequence of the crisis in northern Nigeria is lack of food. Farmers have come to cities and have given up their fields because of the insecurity caused by Boko Haram’s attacks in rural areas. Having lost their livelihoods, these displaced people no longer have the resources to feed or treat themselves. All the criteria of a food crisis are here. “Drinking water helps fight under-nutrition, explains Julie Mayans, food security and livelihoods officer. In most cases, under-nutrition is associated with diarrhoea and intestinal infections, largely caused by the consumption of unsafe water, and the lack of toilets and good hygiene practices (such as hand washing with water and soap). In this kind of context, it is essential for people to have access to safe water and of appropriate hygiene infrastructure”. 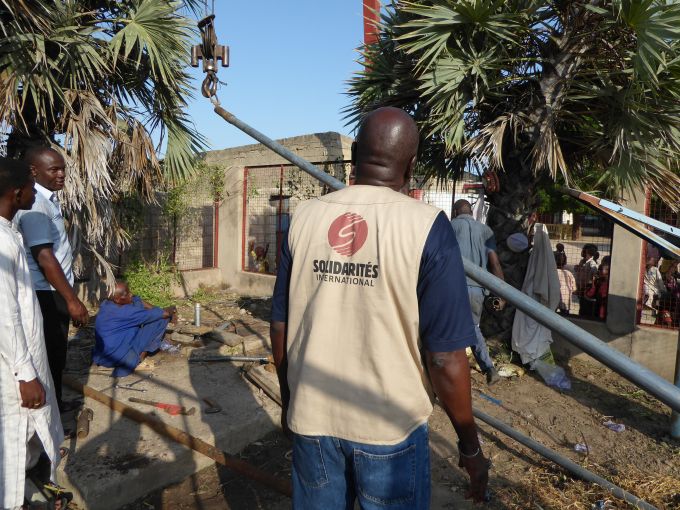 In addition to water tanks, SOLIDARITÉS INTERNATIONAL’s teams have already begun to provide access to drinkable water, sanitation and hygiene in the health centres managed by a medical organisation which will treat malnourished children. In the next weeks, they will build toilets, hands washing areas and organise hygiene promotion sessions.

Fight against Covid-19 in Nigeria

Nigeria : rising tension in the North-West