“To those who spill their hate on social networks, be sure of one thing: if you ever find yourself in the same situation as the people we assist every day, we will do everything we can to help you.’

Since its “Dignity Kit for Refugees” operation, launched in 2016, SOLIDARITÉS INTERNATIONAL has seen controversial, violent & hateful comments multiply drastically on its social networks. When reading them, it would seem solidarity no longer goes without saying. It would no longer be something natural. It would no longer be seen as an instinctive human impulse to come to the rescue of those who suffer.

While our teams fight every day to access and assist the most fragile people affected by wars and natural disasters, their solidarity now faces new obstacles. We have been asked to justify it, it is being criticized, questioned, rejected. With hatred and violence beyond all understanding. It is all the more difficult for us to remain silent in the face of these gratuitous attacks because they often insult the people we help, dehumanizing them and attacking their dignity.

For all these reasons, SOLIDARITÉS INTERNATIONAL has decided to release three of the hundreds of comments we receive each year on our social networks to show them unadorned, without modification or moderation, in the metro, in the press and in a TV announcement.

“Not to point fingers or add to the controversy, but to come back to our mandate, to explain it again, to clarify it, to defend it, insists Alexandre Giraud, CEO of SOLIDARITÉS INTERNATIONAL. As we do every day in our areas of intervention, with governments, armed groups, communities and all the forces involved, we have chosen to turn this obstruction into an opportunity. That of providing further proof of our determination to “take aid further”. To help at all costs, beyond any border, be it geographical, political, economic, psychological… Help against all odds that stand in the way of solidarity.”

Because for nearly 40 years now, we have been faithful to our motto: “The first response to human suffering must be solidarity.” And we intend to stay that way. 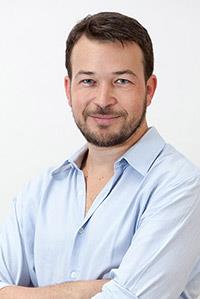 "``For almost 40 years, SOLIDARITÉS INTERNATIONAL has based its action solely on the humanitarian principles of humanity, neutrality, impartiality and independence, as well as on the moral obligation to act - the so-called humanitarian imperative. Explaining and claiming our solidarity relentlessly in complex contexts has become the condition of our access to those who need help. Contexts in which our action could not be effective, nor even possible, without the fierce will of a constant respect for humanitarian principles. A commitment without concession which, every day on the ground, is put into practice, reaffirmed and reinvented by our teams, supported by our partners and our donors to whom we pay tribute here.
The first response to human suffering must be solidarity.``
"