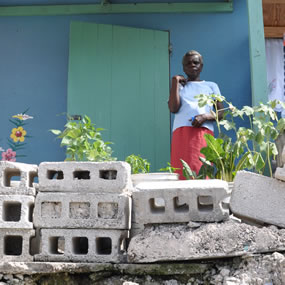 The urbanization of lifestyles is one of the major trends marking the early twenty-first century. One in two people currently live in an urban environment (this comes to 3.55 billion people, of which one million live in slums). It is estimated that by 2030, 60% of the world’s population will live in an urban environment (i.e. 5 billion people, of which 2 billion will live in slums). Intervention in urban areas seems set to be the major humanitarian challenge for the next few decades, especially with regard to approaches and tools.

Following the earthquake in Port au Prince, SOLIDARITÉS INTERNATIONAL’s teams were very quickly faced with the complexity of the urban environment. In order to best meet the needs of urban, we sought the help of specialist researchers and academics accustomed to dealing with urban issues to work alongside our operational teams. This approach enabled us to stand back, to analyse the situation in depth and to provide an appropriate response.