Alexandre Giraud has just been appointed CEO, chosen through a rigorous selection process organized by the recruitment agency Orientation Durable (sustainable orientation) and led by SOLIDARITÉS INTERNATIONAL’s Steering Committee as well as Alain Boinet, founder, and Jean-Yves Troy, outgoing CEO. The Director of Operations since 2015, Alexandre Giraud now replaces Jean-Yves Troy who stepped down on 30 September after 3 years at the head of the organization.

“KEEPing THE humanitarian IMPERATIVE AS THE MAIN GOAL OF OUR MISSION”

With 2,000 national and international employees, currently involved in 17 countries, SOLIDARITÉS INTERNATIONAL has made a point of being as close to the needs as possible for almost 40 years. An intact commitment that allows the organization to provide personally dignified and critical aid to more than 4 million people each year, in the most sensitive contexts on the planet. Alexandre Giraud has wanted to defend this unique identity in the current humanitarian landscape since he joined the association in 2015 as the Director of Operations, precisely for the values of commitment and professionalism upheld by the NGO.

Numerous associations are led by solely organizational logics that make economic growth more of a priority than humanitarian emergency. The industrialization of the humanitarian sector may be imperative to respond to increasing needs, it can lead to undermining the understanding populations’ needs and the quality of interventions. While consolidating its management, SOLIDARITÉS INTERNATIONAL has kept its humanitarian imperative as the main objective for its mission. I want to thank Jean-Yves for the work accomplished and for the wonderful organization he passes on to us. He finally succeeded in consolidating, structuring and bringing the serenity needed to SOLIDARITÉS INTERNATIONAL so the organization could face the aid world with passion, professionalism and singularity, today and tomorrow.

Considering the organization is at a turning point, Alexandre is driven by the ambition to raise awareness about SOLIDARITÉS INTERNATIONAL’s singularity. This singularity lies in its capacity to intervene directly in the most difficult areas, where humanitarian needs are critical, by providing a quality and adequate response to each situation.

This capacity, if almost trivial for most of our teams, is today rare within NGOs. Yet that is the future of humanitarian aid. Like the general public, our funding partners are sensitive to our will to keep the humanitarian imperative as our main goal and to make it live every day through our actions as well as through our discourse. This defended conjugation of professionalism, commitment, ambition, proximity and authenticity should enable SOLIDARITÉS INTERNATIONAL to reach a necessary critical size, necessary to make its voice heard in our sector. 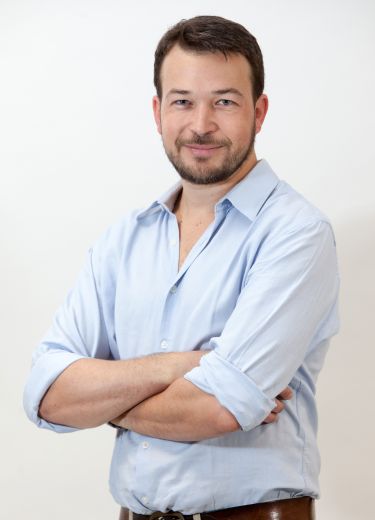 TO GO WHERE THE MOST PRESSING NEEDS ARE

The organisation upholds this positioning to its teams, within different humanitarian forums, on the ground, to the general public, alone or with organizations sharing its point of view and with partnerships to be. A project that will also help unite skilled women and men within the organization and outside, whose variety of profiles will also be the key to a sustainable and healthy growth.

In the same idea, as summarized by our signature Taking Aid Further, we must diversify our sources of funding, not only at an institutional level but also with the general public and the private sector. More than increasing our independence, this diversity is critical to better anticipate a decrease in institutional funds and their growing subordination to political interests, diverting them from the regions with most critical needs.

Alexandre Giraud holds a masters’ degree in entrepreneurship and a masters of research in media and multimedia. He started his career as an analyst in risk capital, helping start-up companies with their fundraising, before creating a media outlet and joining a record company. In 2002, Alexandre Giraud spent two years in Haiti to manage a rural development project. Until 2010 he held various work positions on the ground, before joining Première Urgence’s head office in charge of the Middle-East desk, then as Head of Missions and finally as Director of Operations. In 2015, Alexandre became Director of Operations at SOLIDARITÉS INTERNATIONAL. He became its CEO in October 2017.