www.solidarites.org
26% of people have access to water and sanitation infrastructures
1,5 million people live in makeshift accommodation
37,500 people are still living in camps, 10 years after the earthquake

Since the 2010 earthquake, the sanitary situation, particularly in the Port-au-Prince area, has worsened considerably, regardless of whether it is affected areas or areas that are hosting displaced communities.

According to the INFORM 2018 ranking, which takes into account factors such as risk exposure, the conditions of the affected populations and the complexity of the crisis, Haiti is ranked as the 14th most vulnerable country in the world (out of 193).

Indeed, on October 3 2016, Hurricane Matthew devastated the entire southern peninsula of Haiti, affecting 2.1 million people, including 1.24 million in the Grande Anse and Southern departments. In 2017, Hurricane Irma and Hurricane Maria both category 5 also affected Haiti. In October 2018, a new earthquake struck the departments of Nord, Nord-Ouest and Artibonite. The impact of a magnitude of 5.9, although limited, caused damage to the already fragile and poorly maintained infrastructure, affecting 157,000 people.

The Humanitarian Needs Overview has shown that nearly 2,6 million people are extremely vulnerable and are affected by at least one crisis such as hurricane, earthquake, drought, population displacement, cholera, malaria. These successive shocks, combined with the economic, political and social crisis have contributed to the deterioration of the living conditions and livelihoods of the most vulnerable people.

Indeed, access to basic services delivering drinking water, hygiene and sanitation remain cruelly inadequate because of repeated disasters and the limited capacities of State institutions. About 2.6 million people are at risk of insecurity acute food in 2019 of which 571,000 people in phase 4 (CPI 4*), and 2 million in crisis phase (CPI 3*). Food security is deteriorating. Livelihoods are on a downward spiral because of destroyed harvests and soil erosion. In some areas, resources are too low to satisfy people’s minimum basic needs. Some villages and towns have no access to water at all.

Nearly 912,000 people still have need for shelter assistance and non-food items. This lack of infrastructure places those living in camps or makeshift accommodation at serious risk of natural disasters and epidemics, particularly cholera.

*The Integrated Food Security Phase Classification (CPI) is a set of tools for analysis and procedures allowing to analyse and classify the severity of food insecurity using international scientific norms.

Since 2010, SOLIDARITES INTERNATIONAL has been involved in the prevention and response to the cholera epidemic in Haiti. At present, the epidemic is in an elimination phase, which shows that the efforts made through the alert and response system have worked. As the risks of recovery are still present related to border crossings, precarious sanitation conditions and hygiene practices, we continue to adapt and implement cholera prevention projects while including appropriate responses to abnormal epidemiological phenomena.

To prevent a resurgence of the cholera epidemic, both household and public water and sanitation infrastructures have been built, including in schools. An emergency cholera response mechanism has also been set up, to provide speedy assistance in the event of an epidemic. This triggers kit distribution, chlorination, and the construction of emergency health facilities. The fight against cholera is also accompanied by hygiene awareness raising campaigns and the creation of infrastructure management committees.

SOLIDARITES INTERNATIONAL works continuously on Disaster Risk Management and emergency preparedness with a wider audience by engaging in structural improvement of shelters, preparedness capacity and resilience to population shocks. The State does not make it possible to meet the important structural needs of the population, which is why SOLIDARTIES INTERNATIONAL is doing its utmost to strengthen the resilience capacity of the populations while strengthening governance and institutions in water, sanitation and hygiene domain and in the security food as well.

Regarding the food security, we are developing a complementary approach aimed at covering the most urgent needs of vulnerable populations while strengthening their resilience capacity. In Grande Anse in particular, SOLIDARITES INTERNATIONAL has organised food and nutrition fairs, while promoting agriculture sector and livestock farming.

Should you have any questions, please contact Justine Muzik Piquemal. 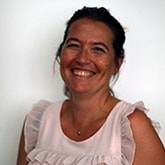 Haiti: Give the water back to its population

Haiti: overview on our response one year after Hurricane Matthew

HAITI: HOW TO PREVENT CHOLERA FROM CHILDHOOD

After Matthew, let us not forget Haiti

Haiti, hurricane Matthew: “I am forced to buy unsafe water”

Hurricane Matthew in Haiti: one week after the horror

Haiti: The response to the threat of cholera

Hurricane Matthew in Haiti: almost all water networks are out…

Haiti: our teams in action in the south of the…

> View all news from Haiti