In DRC, in the area of Kalemie the displaced populations displaced by conflict are gradually returning home. Faced with burnt villages and devastated fields, their livelihoods are very limited. To support them, SOLIDARITÉS INTERNATIONAL organizes food fairs.

For 20 years now, eastern DRC has been suffering from violence that has destabilized the entire region and forced people to flee their homes. Huddled in camps where living conditions are deplorable, they seek to return to their homes as soon as security conditions permits it. From then on, another challenge awaits them, the reconstruction as for Pascaline Kongolo Kabuto, a farmer and mother of 9 children: “When I arrived, I found my house and fields completely destroyed. They were burned down.”

FOOd FAIR: GUARANTEEING THE DIGNITY OF THE POPULATION AND THE LOCAL ECONOMY

Local traders are invited to come and sell their products, and the beneficiary populations receive coupons for a predetermined amount, which they can for food products. 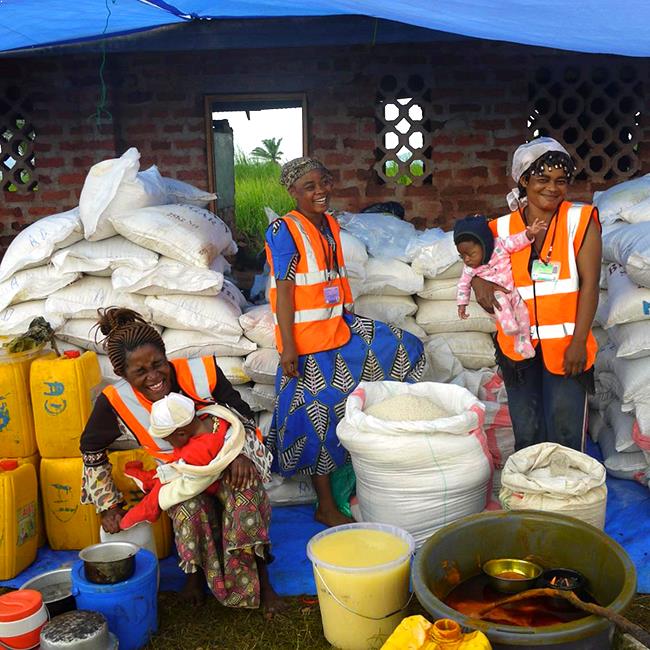 This food distribution system allows beneficiaries to choose with dignity the products they want and need themselves, unlike traditional food distributions where food is distribute in kind and does not always correspond to the reality of the household. These food fairs also provide support for traders, make markets work and thus revive the local economy.

A DAY WITH OUR TEAMS

It all starts with merchants coming to set up their stands. Once the inhabitants have arrived, SOLIDARITÉS INTERNATIONAL teams take advantage of the waiting time to conduct a hygiene awareness session. Singing, theatre, all means are good to convey essential hygiene messages in a region where cholera is raging. “The transmission of these good practices blatantly reduces waterborne diseases,” explains Sebastien Kimunyi Kitenge, a sensitizing agent.

Before the day of the food fair, the inhabitants are selected from among the most vulnerable, and beneficiary cards are distributed to them. On D-Day, they are identified to our teams, who give them coupons of a value that varies according to the size of the families.

SOLIDARITÉS INTERNATIONAL teams then accompany the people to the fair to guide them. The inhabitants can now exchange their coupons for rice, beans, salt, corn flour or vegetable oil: enough to eat for a month. 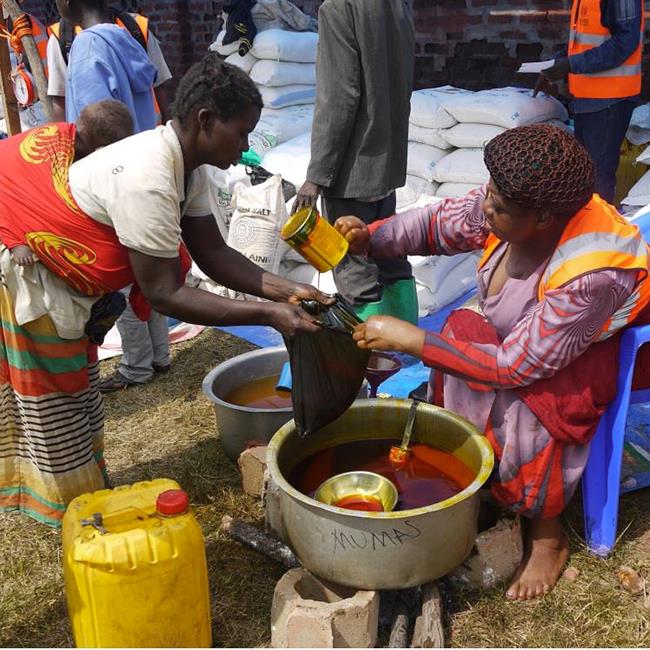 Our teams then collect their opinions and measure their satisfaction, as well as the merchants’. The inhabitants are finally returning to their villages. Their arms are full of food.

A total of 564 households, or 3,327 people, were able to benefit from the food fair. Nevertheless, the needs remain huge, and this distribution will not be the last. 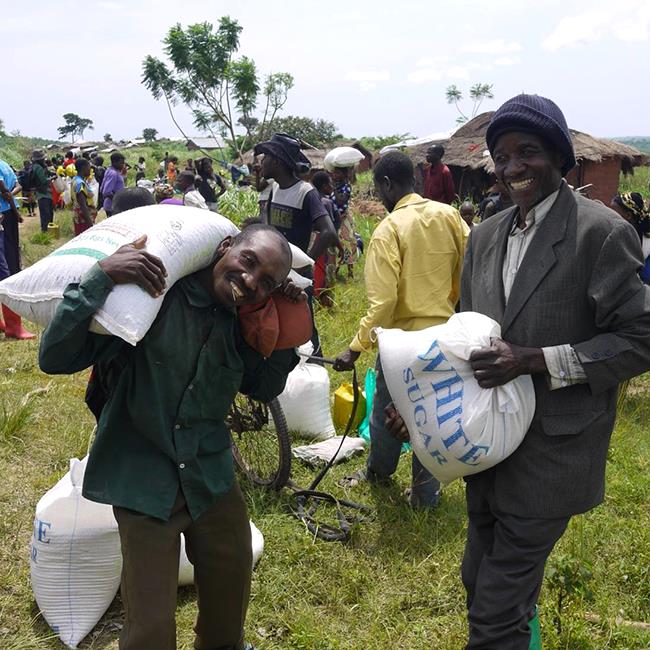 SUPPORT OUR ACTION IN D.R.CONGO 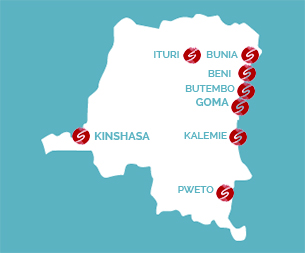