The conflict that has plagued Yemen since March 2015 has plunged the country into unprecedented chaos, resulting in a severe food crisis and the worst cholera outbreak since 1949. 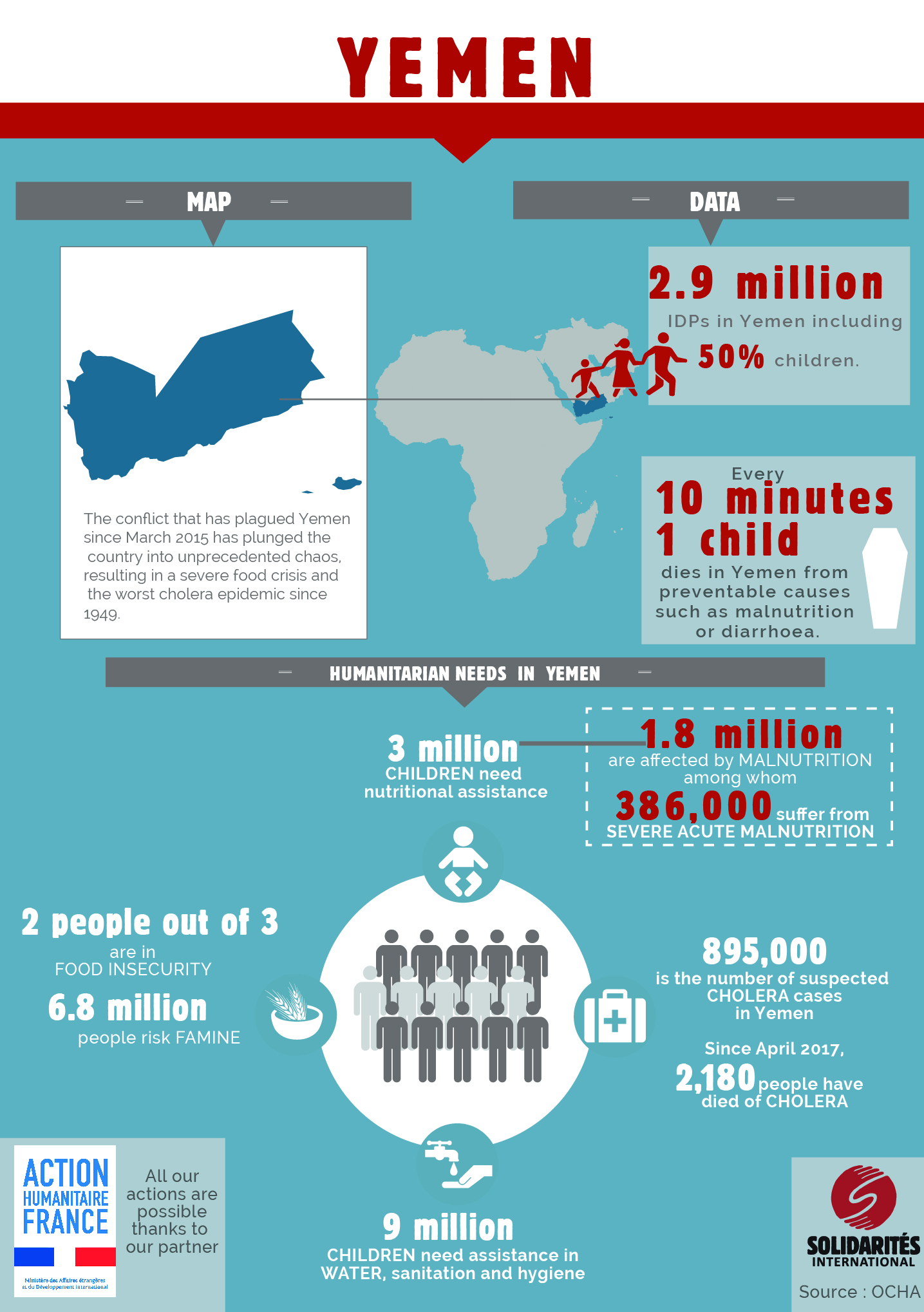 LE CONTEXTE
2.9 million people are displaced in Yemen, 50% of whom are children.

HUMANITARIAN NEEDS
2 out of 3 people are food insecure
6.8 million people are at risk of starvation
3 million children in need of nutritional assistance
1.8 million suffer from malnutrition, of whom 386,000 are severely acute malnutrition
850,000 suspected cases of cholera and 2180 deaths since April 2017
9 million children need assistance in water, sanitation and hygiene.