After its success in Kenya and Thailand, our sack farming program is now being implemented in northern Syria. Cédric Fioekou, our Food Security Expert tells us more about it.

More than 400,000 deaths, 11 million people that fled their homes, including 6.3 million internally displaced, 7 million facing food insecurity… After 6 years of war in Syria, the human toll is heavy. Aleppo’s governorate alone, where our teams work, welcomes more than 1.2 million displaced people. Considering the emergency of this disastrous situation, SOLIDARITÉS INTERNATIONAL launched, in partnership with the Carrefour foundation, a pilot bagriculture project that 260 families benefit from. Even though it is the first time such a project is implemented in a conflict zone, it has already greatly borne fruit in Kenya in 2012, and a few years later in Thailand. 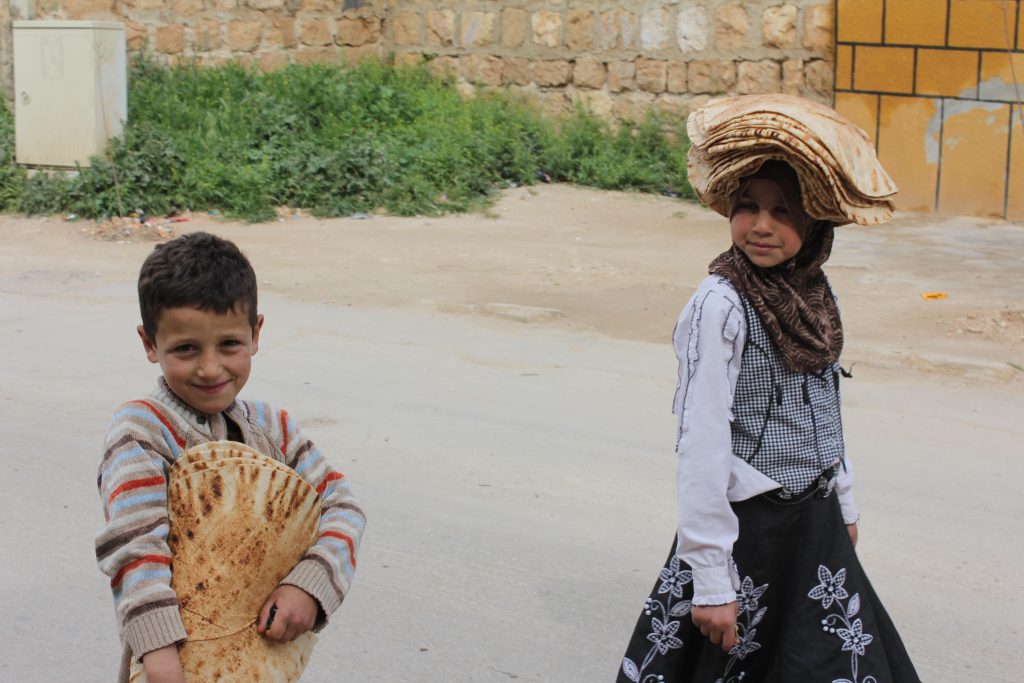 In Syria, 7 million people are seeking food assistance and 6 million depend on aid

In Syria, sack farming, adapted to cramped spaces and to populations that don’t have access to land to grow food, will allow beneficiaries to improve the quantity of their food intake while saving money. It will also permit them to have a varied diet in a context where fresh produce is rare, and sometimes nowhere to be found. This technique is particularly adapted to refugee and displacement camps where SOLIDARITÉS INTERNATIONAL implements activities, where there is little space and where households have no access to agricultural plots, but can still find enough clay to fill a sack. One single bag covers a 0.35 m2 surface on the ground. Its produce is multiplied by the use of the sack’s sides as a cultivation surface (up to 40 plants). In a field, it will require 4.4 m2 to grow as much as in one sack alone.

Moreover, bagriculture requires less water than in open ground, for an equivalent production. In northern Syria where our teams operate, this “vertical culture” allows to limit the pressure on the zone’s low resources of water. The area’s populations’ food habits include a high proportion of vegetables (eggplant, tomatoes, cucumbers…) and herbs (parsley, coriander…) that come from their own production. Gardening is a common practice, culturally and traditionally accepted that can be implemented by men and women and, as most of the displaced people in northern Syria are famers, they already have the “know how”. These are numerous elements that highlight the relevance of such a project in the Syrian context.