South Sudan, the youngest country in the world, has been devastated by civil conflict since December 2013. SOLIDARITÉS INTERNATIONAL teams have been operating in the fields of water, sanitation and hygiene as well as food security since 2006. Lapo Somigli, our Field Coordinator in Malakal, Upper Nile State, returns from a one-year mission.

What is the situation in Malakal today?

For a start, Malakal is a ghost town today. After the violence that erupted in December 2013, the town changed hands several times, forcing people into displacement. Most of them have found refuge in informal settlements, in UN camps for the Protection of Civilians (PoCs) or with host communities. When the situation quieted down in April last year, people returned shyly. They would send one family member in shifts, as a scout to keep up their home, but the conflict soon resumed. Since April 2015, the town has changed hands several times again. 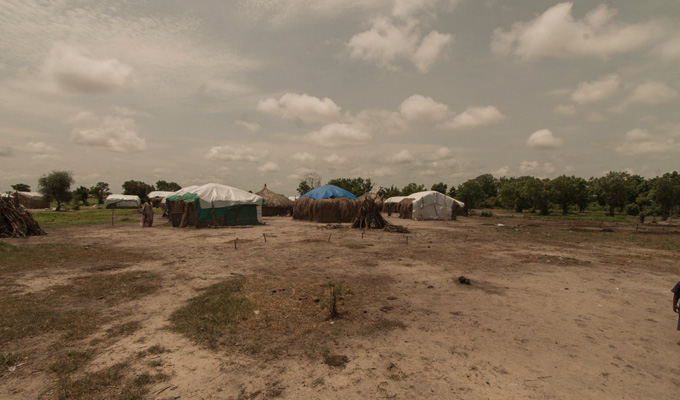 Was SOLIDARITÉS INTERNATIONAL able to operate in such a climate?

Most of our operations take place in the PoC camps, which are UNMISS (United Nations Mission for South Sudan) bases, so they are fairly protected. There, we maintained sanitation infrastructure, led hygiene promotion campaigns and managed solid waste. In the Wau Shilluk settlement and in the host communities around it, we provided safe water and led hygiene promotion for some 40,000 people, though that number is falling because of the violence. I would say there are fewer people than that today. Keeping in mind that the village was initially inhabited by only 3,000 people, you can imagine the pressure on the people. Since people had almost nothing to live from apart from the food aid delivered by the World Food Programme, we initiated a food security intervention based on cash grants. Our first market studies led us to believe that people could buy food on the market, but today there is none left.

In terms of security, we are safe there because we are almost always in the UN base. We may have been in isolated conditions a few times, but we never felt unsafe. However, I’ve been to Afghanistan, Somalia and other such countries, but I would say this was the most hostile environment I’ve been in. When I arrived, I had to sleep in a tent for the first six months, which is complicated in the rainy season, and then in a container. There is very little room for privacy. The food was… questionable! We would usually have the same thing every day, particularly ugali, a kind of overcooked, tasteless polenta. I lost 8 kg!