While northern Nigeria is slowly overcoming the threat of Boko Haram, needs of populations remain substantial. After observing significant needs in water, sanitation and hygiene and in food security and nutrition, SOLIDARITÉS INTERNATIONAL has decided to launch an emergency mission in Nigeria.

In the city of Maiduguri, which welcomes more than 1.5 million internally displaced people (IDPs) fleeing Boko Haram’s exactions, malnutrition rates have largely overtaken the most critical thresholds. In Borno State, 250,000 -children under 5 suffer of severe acute malnutrition and 50,000 of them are at critical risk, according to UNICEF. In partnership with a health organisation, SOLIDARITÉS INTERNATIONAL is dedicating a mission to fight the malnutrition incurred half by an unsanitary environment.

Since 2009 and the beginning of the Boko Haram’s insurrection, four States of Nigeria have been principally affected by the jihadist group’s activities, particularly Borno State, causing the displacement of 2.2 million people. “These displaced people already suffered chronic problems, but since the beginning of the conflict, these problems are intensified,” notes Thierry Benlahsen, Head of Emergencies for SOLIDARITÉS INTERNATIONAL. “The number of persons in need comes to one million,” he adds.

Displaced people, the main target of the SOLIDARITÉS INTERNATIONAL’s mission

Exploratory missions conducted by SOLIDARITÉS INTERNATIONAL have led to an obvious conclusion: the near totality of water infrastructure has been destroyed in Borno State, and the majority of the northern Nigeria’s population suffers from malnutrition. “Only a quarter of needs in water, sanitation and hygiene are covered, there is no more infrastructure, and very little humanitarian aid,” explains Thierry Benlahsen.

Drinking water to fight against malnutrition…

“Our teams will equip healthcare centres with access to water and sanitation. They will renovate destroyed wells and build toilets in overpopulated and vulnerable quarters of Maiduguri, announces Thierry Benlahsen. Furthermore, there is a real emergency to improve immediately the number of meals per day for the most vulnerable families, with financial support. During the identification of the most vulnerable households, SOLIDARITÉS INTERNATIONAL will refer cases of severe acute malnutrition to local health services, for emergency care”.

… and avoid a devastating cholera epidemic

In this State, which goes through many cholera outbreaks every year, hundreds of cases have already been detected. “While access to healthcare is totally insufficient, multiplying drinking water points is a vital emergency. Were an epidemic to add to the current malnutrition crisis, a disastrous situation for these millions of displaced people would be a mortal disaster for many of them,” adds Thierry Benlahsen. Our teams will respond to the cholera epidemic, completed by hygiene promotion campaigns to avoid the resurgence and the spread of cholera, if some cases were to be detected. 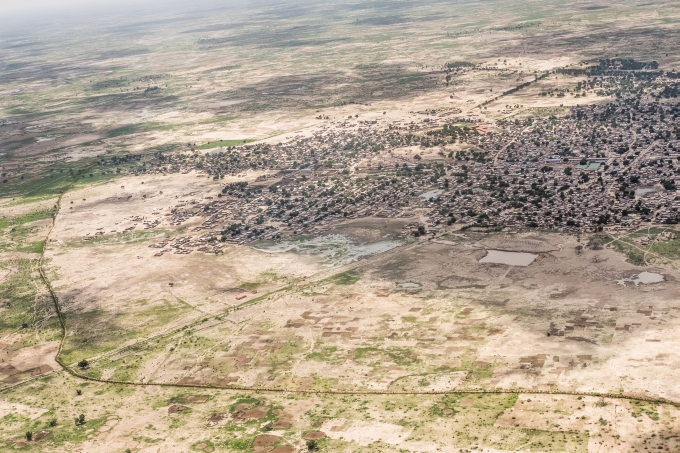 The renovation of wells has to be done quickly because water points are extremely sensitive places, principally around northern cities, such as Monguno. “People who are waiting for their turn for many hours in never-ending queues are more and more targeted by Boko Haram’s suicide-bombings. Our action aims to minimize their exposure” explains Thierry Benlahsen.

With the presence of Boko Haram in this area, the security context in northern Nigeria stays strained and SOLIDARITÉS INTERNATIONAL teams have to keep this context in mind while deploying activities. Renovating wells, taking in charge extreme malnutrition cases in the few next days will help decrease the suffering of populations, and mitigate further issues that could be caused by an evolution of the situation.