Rafiqul Alam Sikder is from Bangladesh and has been working for SOLIDARITÉS INTERNATIONAL for 5 years. He started as a Deputy Administrator in Bangladesh and became an expatriate. He returns from a 9-month mission in Myanmar, as an Administrative Manager. 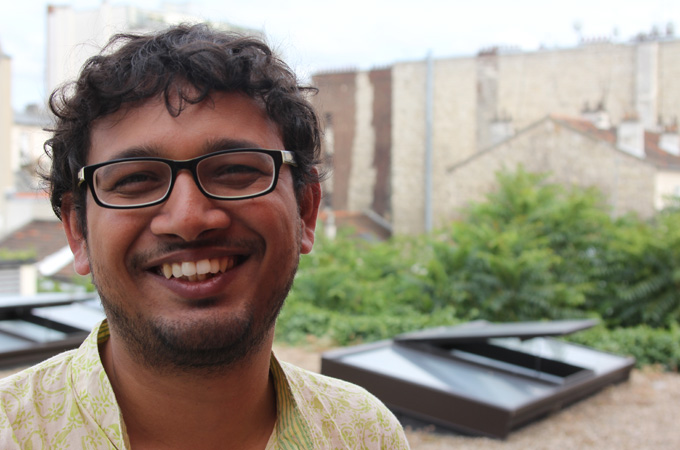 How did you start working for SOLIDARITÉS INTERNATIONAL?

I was working in a money transfer company for two years as an Accounts Officer. I had to manage daily cash transfers from overseas companies. In 2010, I decided to apply for the position of Deputy Administrator in Teknaf, which is the most southern part of Bangladesh. My hometown is Dhaka, the capital, where the language is totally different. In Teknaf, people speak a local Bengali dialect. I had to learn key words to communicate and I tried to understand the general meaning of the conversations. After a while, I got promoted as a Base Administrator. I dealt mostly with accountancy and HR aspects.

I wanted to work as an expatriate Administrative Manager so I took a test in January 2013 and I got validated in February 2013. Then it took quite some time before I found an open position. Finally, in July 2014 I saw a job advertisement in Kachin State, Myanmar, and I applied. I began my work there in November 2014.

What was it like arriving in a different country?

At the beginning I had a cultural shock. At the office I had to deal with Burmese culture and at the house with French culture. But step by step I managed to adapt. I was also able to learn faster than in Bangladesh because people were very nice and cooperative. I really appreciated the values and work done by the people there. In Kachin, there is hardly any criminality.

Nevertheless, I had some challenges to overcome. At the beginning I had difficulty understanding the culture and I had to break the language barrier. Some of the staff didn’t speak English so it was quite tricky. Besides, the rules were much more flexible than in Bangladesh, especially in terms of security. In Myanmar, you can go out and withdraw 10,000 euros and there is absolutely no danger. In Bangladesh there was a maximum withdrawal of 2,000 euros and you had to be accompanied all the time.

What’s the next step after Myanmar?

I would like to continue working as an Administrative Manager but with family conditions. I have a wife and two very young children. One thing I know is that I want to continue working in the humanitarian field as long as possible. My ambition would be to work for a rights-based organization one day.

Why rights-based in particular?

I am a Muslim Bangladeshi. Each time I go to the airport and show my passport, customs tend to hold me back for a long time. I hope that one day, by working on more equal rights, things will change and this kind of people will be reprimanded for their discrimination.