Lebanon has been experiencing a cold and damp wave for several days. In their makeshift shelters, Syrian refugees struggle to stay warm and dry.

The winter season having reached its climax in the Middle East, an intense cold wave has spread through Lebanon and the already precarious living conditions of the Syrian refugees are made even more difficult. Shelters made of tarpaulins and wood are poorly isolated. Moisture infiltrates as well as drafts and it is particularly difficult to keep the heat inside such shelters. 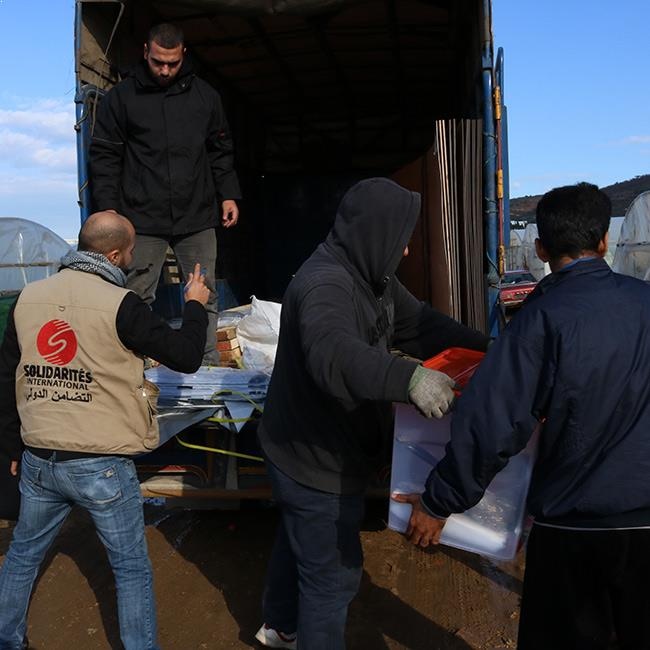 “As every year during this period, explains Sarah Chauvin, programme manager for the Middle East, our teams distribute shelter kits. New tarpaulins, blankets, carpets… so many materials whose first purpose is to conserve heat in shelters. 3,000 kits offered by the UN Refugee Agency and the Crisis and Support Centre of the French Foreign Ministry were distributed to several hundreds of the poorest families.

“On all fronts, SOLIDARITÉS INTERNATIONAL teams work with refugees, particularly in informal camps. Beyond access to water on which our teams have been working for several years, the development of the camp areas is an absolute emergency. On the places where refugees have settled in winter, everyone has their feet in the mud. A mud that floods tents and worsens health conditions.

“In order to limit this mud and the puddles of stagnant water, and to allow more efficient draining, our teams lay gravel in the alleys, in front of tents and paths. A simple, inexpensive and efficient solution accepted by all and which avoids the construction of heavy and expensive infrastructures”. This essential emergency aid makes it possible to relieve the suffering of an exiled population, victims of an endless war.”

SUPPORT OUR ACTIONS in lebanon 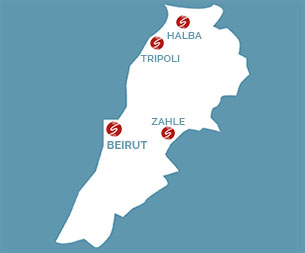