After a full-day in confinement during the passing of hurricane Matthew, SOLIDARITÉS INTERNATIONAL teams are in the field to evaluate the most urgent needs of the population. A first distribution of hygiene kits has been made.

While South-western Haiti has been particularly affected by hurricane Matthew, the strongest the country has suffered for more than 10 years; SOLIDARITÉS INTERNATIONAL’s teams are already in the field to evaluate the damage which should be disastrous. 6 deaths have already been counted and material damage seems considerable: thousands of houses have been destroyed, corrugated iron shelters have been blown away by gusts of wind, leaving several tens of thousands of people homeless, while 55,000 Haitians are still living in makeshift camps since the 2010 earthquake. 11 southern coastal cities have been flooded because of strong rains and of the rise of the sea level. Waiting for a temporary solution, the three most affected departments in the south are cut off because of the collapse of the only bridge allowing access to these areas. 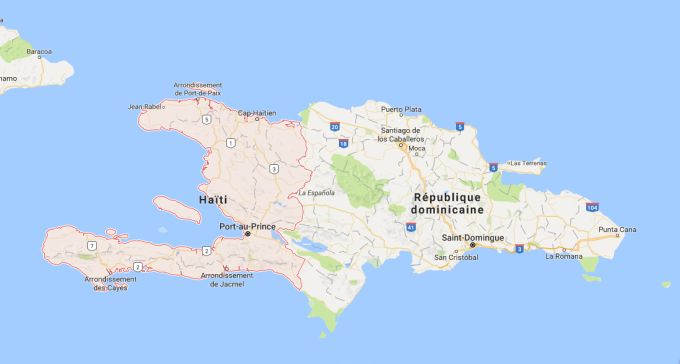 The first assessments have been launched

On the ground, our teams confined during the passing of the hurricane are already striving to begin the first assessments. “Many people are homeless, gusts have taken shelters, and others have seen their houses totally flooded, explains Thibault Mayaud, Head of Mission. It is too early to establish a first estimate of needs because access to the most affected areas is complex. We have no news from the Grande Anse area, which was hit directly. However, we have been able to figure out we would have to provide urgently: shelter, food and hygiene solutions to the homeless. We will distribute water purification tablets because pipes and wells have been damaged and the risk of a cholera resurgence is high.”

A first distribution of hygiene kits

Even if Port-au-Prince, the capital city, has been partially spared, many parts have been affected by rain, floods and strong winds these last days. SOLIDARITÉS INTERNATIONAL’s teams have already provided live-saving assistance to hundreds of displaced people from the Cité Soleil neighborhood, which was partially flooded. More than 100 hygiene kits (buckets, soap, water purification tabs, blankets…) have been distributed and others will be in the next few hours.

Since 2010, and the terrible earthquake which struck the country, Haiti has been heavily affected by a cholera epidemic which has caused the deaths of 10,000 persons. “For the moment, the emergency is to provide shelter and drinking water to the hurricane victims. However, we are worried about a possible sudden rise of cholera in the next few days. We are going to follow the situation, as we have been doing for 6 years, and organize an emergency response aimed at limiting the risks of an epidemic resurgence”.

To bring life-saving aid during the first hours of this disaster, your support is crucial!