Present for 35 years in Afghanistan, SOLIDARITÉS INTERNATIONAL has been helping the rural population, often threatened by natural disasters, by supporting their farming and livestock projects. In Bamyan province, SOLIDARITÉS INTERNATIONAL works with rural communities for the protection of their pastures, a vital resource for more than 33,000 people.

Afghanistan remains embroiled in a crisis that is fuelled by conflicts which have been ongoing for more than three decades. The life expectancy of the Afghan population, at 49 years old, is one of the lowest in the world; maternal mortality rate is one of the worst. Lack of access to food, safe drinking water, sanitation or health services… In addition to these chronic needs, Afghanistan remains vulnerable to natural disasters: floods, sudden rises in the water level, earthquakes and landslides, as well as slow onset disasters such as droughts which have been multiplying over the past twenty years.

Click on the picture below to experience SOLIDARITÉS INTERNATIONAL’s webdocumentary, in French, on a program in favour of the link between emergency and development, written by Manuel Vaxelaire, who spent two years in Bamyan province, and with photographs by Oriane Zerah, a freelancer based in Kabul. 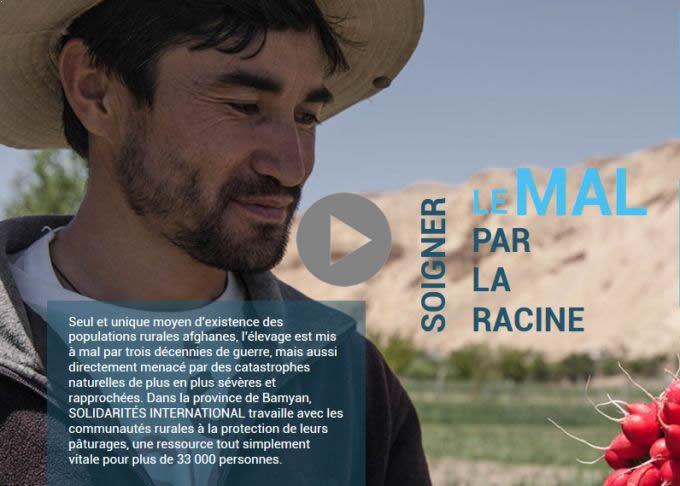 Support our teams in the field