In a country where only 31% of the population has enough to eat, Bamyan is a real ray of hope to which Manuel Vaxelaire has contributed with his experience in agronomy and the climate of trust established with the communities. Manuel has returned from a two-year mission in Bamyan, “the safest area in Afghanistan”. He talks about his Afghan experience. 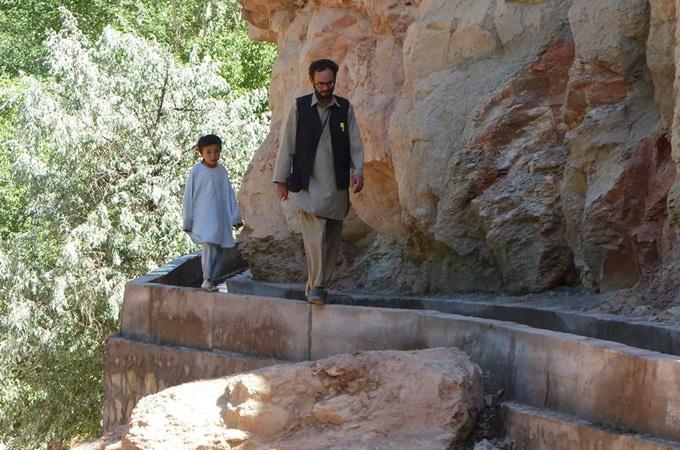 How did you become an aid worker?

I have always been interested in what goes on in the world. I came across a diary from when I was 10 years old, and I was already examining the main issues in the world! After studying biology and environmental agriculture, I wanted to work in agriculture in Africa. So I did an internship in Cameroon, but I did not specifically want to work in the humanitarian field. Later on, I wanted to get involved in agricultural development (but nevertheless in Africa), and it was an NGO that offered me an opportunity to do this. I then left for my first mission with PU-AMI in Chad, working with Darfur refugees. And to think I was prejudiced against humanitarian aid… I loved that experience: working with communities, the expat life…

So, not that hard in the end?

Not at all! On the contrary, I repeated the experience. In 2013, I left for the Central African Republic with SOLIDARITÉS INTERNATIONAL as a food security program manager, and then in January 2014 I arrived in Afghanistan as a support program coordinator for Bamyan. It is a multi-faceted position, and since we did not always have a full team, SOLIDARITÉS INTERNATIONAL entrusted me with numerous other responsibilities before confirming my position as deputy field coordinator. I therefore worked on food security problems, with various tasks relating to HR.

How would you describe life in Bamyan?

Well, it certainly isn’t like Kabul, so there are fewer expats. This means that there is less social life. However, I was always in the field and very rarely at our base in Bamyan. This province has its advantages: it is the least dangerous area of Afghanistan. Of course, it is not all milk and honey, but life was safer than in the rest of the country: we could even walk to the bazaar! I also skied on the Hindu Kush, swam in the Band-e Amir lakes and even played football on the lakes when frozen. What will stay with me most is the welcome I received from the communities: truly exemplary. During Ramadan, the people would force me to eat because they knew I was not a Muslim!

So now you are a convinced aid worker?

Let’s say that previously I was more attracted by development and that now I feel more at ease working on emergency programs. With development aid where it is normal to give greater responsibility to local staff, it is essential to accompany the staff as much as possible; this is not always possible with limited resources. For this reason, I feel I can be operational more quickly on an emergency food security program; I have something to contribute.